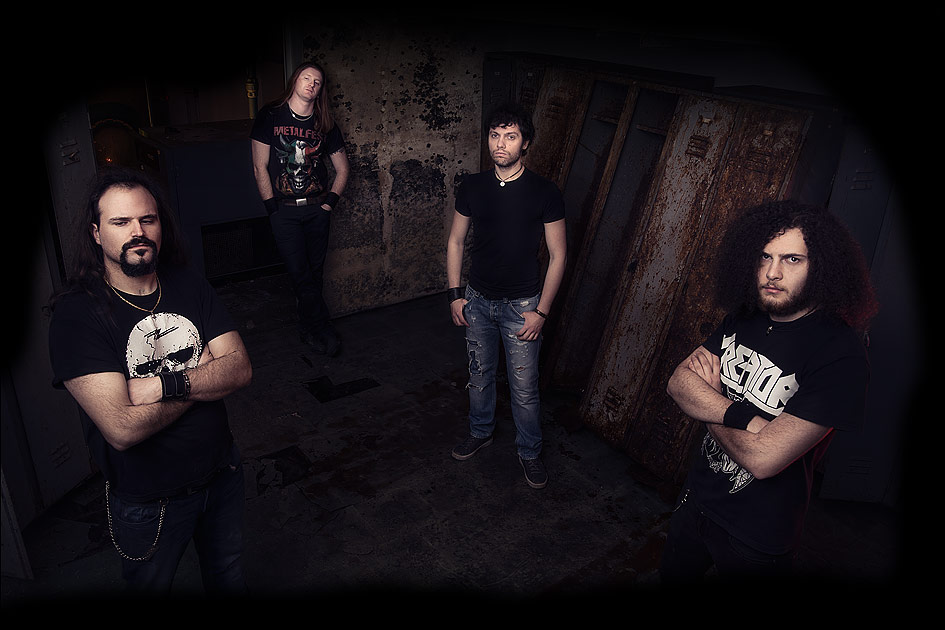 Bridge of Diod are an Italian metal band, characterized since the beginning by the original drummer as lead singer. The sound ranges from heavy to thrash metal while maintaining a strong hard rock attitude.

The band was born in 2010 when Stefano Barbero, Luigi Barbero and Davide Leoncino decided to leave their cover band to start composing original music. They frantically start writing riffs and songs with Stefano, that out of necessity and for fun started singing lead vocals while playing drums. A few months later with the entry of Sebastiano Riva on bass, the band felt complete and ready to live.

In Spring 2012 they released their first EP “Creativity in Captivity” recorded at Authoma Studio. Dividing their time between the live activity and compositive moments, in 2015 it took shape the new album “Of Sinners and Madmen,” recorded and mixed at Domination Studios by Simone Mularoni, ready to be unveiled to the Heavy Metal masses!